By the end of this month, or in early April (hopefully sooner than later), Dev4Press will have its newest plugin dedicated to breadcrumbs, replacing the current GD Crumbs Navigator Pro plugin.

GD Crumbs Navigator Pro was released almost 5 years ago, but it had never was very popular; even so, it was the most feature-complete breadcrumbs plugin on the market. But, over the past year, I have been making the list of things that I would change with the existing plugin, and in the end, it was more and more obvious that GD Crumbs Navigator Pro would require too many changes and many of them breaking changes to make it better.

So, I have been working on and off on a new plugin written 100% from scratch for the past few months. This new plugin (I will not reveal the plugin name yet, more on that later) will be a product of everything I learned with GD Crumbs Navigator Pro and everything I wanted to make better.

The new plugin will be available in Free and Pro editions, and because of the Free edition, I can’t announce the plugin name until I submit the first Free version to WordPress.org for approval. The free version will have most of the Pro version features, but some more complex features will remain in Pro only.

The new plugin will work quite differently from GD Crumbs Navigator Pro, with better-defined roles for different code parts. This will allow for a much greater degree of expandability of the plugin and more flexibility in handling data.

Here is the overview of the plugin features:

Most likely, there is more to be included, and not yet have I decided what features will be Pro only, but even the Free version will be very much a full-featured plugin. There is a list of features that will not be part of the first version but will be considered for future releases.

Let me know what you think about the currently proposed scope and if you have any suggestions for the new plugin. 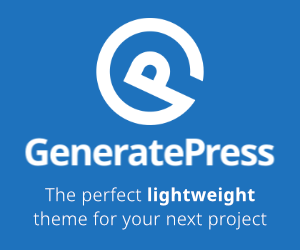