Plugin version 4.4 (and 3.3 for Free edition) is a small scope update that brings few new things, includes various important updates and improvements, some needed for the upcoming User Reviews Addon 5.0.

One of the complaints I have received over the past year was related to the Google Lighthouse speed testing, especially on the mobile test, that font used by the rating plugin was marked as render-blocking, and causing other negative points on the test. So, all that prompted a major change in the way font is used in the GD Rating System (both Pro and Free).

The plugin now has an improved font, re-built to include the new WOFF2 font version and all the other (WOFF, EOT, TTF, and SVG) versions; CSS for the font includes font-display property. Finally, there are two versions of the CSS: one version is normal CSS loading all the fonts as before, and the other actually has WOFF and WOFF2 fonts embedded inside the CSS! In the last couple of years, all the browsers are loading only WOFF or WOFF2 fonts (all other versions are included for compatibility purposes and are never actually loaded by any browser made in the last 5-6 years). Font embedding is a great way to eliminate all the issues: plugin loads CSS only, and the fonts are in there already, available instantly, and the cache plugins can safely defer CSS. This is a great technique if your font is a small one, and the font for GD Rating System Pro is 4.06KB for WOFF and 3.53KB for WOFF2, so CSS grew by about 10KB (embedding files has some small overhead).

If you don’t want to that, the plugin has the option to control if the embedded font is loaded or not, in plugin Settings -> JS/CSS Loading -> Fonts Loading -> With embedded fonts.

Other than this, the plugin includes various other improvements and fixes, some related to the upcoming updated addons, especially User Reviews Addon 5.0 and Comment Form Addon 3.0. These two addons are coming out later this week. I am also working on the new demos and improvements to the knowledge base.

With the main plugin, today some of the addons have been updated. All the addons released from today on will require a new plugin 4.4 version. This includes Multi Ratings Addon 3.3 and Analytics Addon 1.1.

Add analytics and reporting system to the rating plugin with the ability to build and run reports and export results into CSV and JSON formatted file.
Home Page Buy Now Features 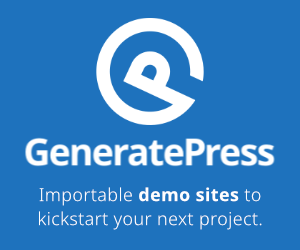