It is almost a fifth anniversary since the GD Rating System Pro has been released, and the plugin has received a lot of work done over the years, a lot of addons and new features added and expanded.

This post is an announcement for the upcoming changes to the rating plugin and the ecosystem surrounding it.

Brand new version 4.4 Pro (and 3.3 Free) is set to be released in the next few days. It will be small scope update, but with some very important changes and new features.

Work is underway on the new major version for the User Reviews addon. This release is created on the basis of many suggestions from plugin users, and from my personal experience with the reviews. The new version will be quite the expansion from the previous addon version, including the ability to list all reviews across all posts, an archive of reviews for individual users, each review having its own page, and each review allowing comments to further the discussion about each user-posted review.

Yeah, this is something that has been lacking, and I am working on overhauling the knowledge base for GD Rating System Pro and all the addons. This is ongoing work, and first changes will be available when the User Reviews Addon 5.0 is released.

Another major change related to the plugin is the change in the way the plugin is priced. Previously Pro addons: Halloween and Christmas Packs are now free (with the Pro plugin license – all addons remain available for the Pro version of the plugin only). GD Rating System Pro has a lower base price – for a single website, now it costs $49.00 for an annual license or $149.00 for a lifetime license. And all other licenses for the plugin are also cheaper from 20% to 40%! So, now the GD Rating System Pro license includes the main plugin with 21 built-in addons and 8 more exclusive addons you can download and install for free, starts from the $49.00.

And, the Rating Plugin Club Membership that includes the GD Rating System Pro, all the free addons, and all current Pro addons (User Reviews, Multi Ratings, Analytics and MyCred Integration, each addon with a base price of $29.00) has a new price, lower by more than 20%, from $139.00 to $99.00! Again, for all different license types, the Rating Club license price has been lowered by 24% to 40%. 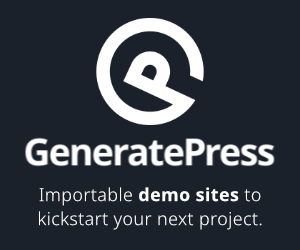