Wow, that took a while. Six years after bbPress 2.5, years of delays and more than a year of release candidates, we finally have a stable (with few smaller bugs) version of bbPress 2.6 available.

bbPress 2.5 was released on November 25, 2013, and the last released in 2.5 branch was 2.5.14 released in September 2016. bbPress 2.6 was available as Release Candidate since 2017, and for the most part, it was stable to release last year when the last RC7 was released. You can check out the official blog post on the 2.6 release for more information.

bbPress 2.6 has several areas where the updates are quite significant: Admin tools and settings, engagements API, performance updates, moderation, support for PHP 7.1 and newer and a few more things.

Is it worth the wait? In my opinion, yes. bbPress 2.6 is a huge milestone in more ways than one, and it improves a lot of existing features, fixes many bugs and it brings big performance updates.

bbPress 2.6 was released with few bugs, and the 2.6.1 update will be released next week, but even without that, bbPress 2.6 definitely is must update version.

A lot of things have been changed in the plugin core. Many functionalities related to WordPress have been abstracted further with the goal of minimizing the need of going to the WordPress core functions and rely more on the bbPress abstractions that might include some extra things useful for the forums.

This is also a bit of a problem for plugin developers, such as myself, because supporting bbPress 2.5 and 2.6 will get very complicated due to the fact that 2.6 has a lot of things 2.5 is missing.

The most important core change is the update to the plugin performance. A lot of queries have been updated, a lot more caching is used, and most forum pages load much faster now. And, many of the update tools have benefited from this performance update.

And, bbPress now fully supports PHP 7.1 and newer. I am running PHP 7.3 on my websites, and so far, there are no bbPress related problems.

This version completely reorganizes the method for storing user favourites and subscriptions. The previous method made queries for these very problematic, now, they are stored as individual entries in the postmeta table. A lot of stuff has been unified under new engagements API, including new user profile panel, many new functions and rewrites for some functions.

Version 2.6 brings a lot of changes to the plugin settings panel, and options are now organized better, with additional information provided for some options.

The Tools panel is completely rewritten to include the better organization of repair, update and import tools. List of available tools can be filtered and you can find what you need much easier and you will get more information about tools.

And, to help with topics and replies moderation, there are many new metaboxes added on the admin side for topics, forums and replies. This also included the option to assign moderators to forums directly.

Well, there are a lot of changes to most templates used to display the forums, and the core loader object has been updated, JavaScript files are updated too. But, all templates changes were to add some new features and to use new functions from the plugin core. There are no changes to the way the forums look, and nothing is done to make the forums truly responsive. Yes, some themes do include updates for the forum styling, but, for the most part, forums look dated when used with most WordPress themes.

The most complete solution on transforming bbPress forums into customizable and modern looking solution, fully responsive is to use Dev4Press own GD Quantum Theme Pro for bbPress.

Quantum is a theme wrapped in the plugin, replacing all the default bbPress templates, styling and scripts, it works with most WordPress themes, it is responsive and it fully supports bbPress 2.6. Quantum 2.0 is scheduled to be released for Monday, November 18, 2019.

What’s next for bbPress

bbPress scope of features is mostly complete for what bbPress aims to be: lightweight forums solution with tight integration into WordPress. There are plenty of third-party plugins to add the features individual forums might need (well, Dev4Press currently has 6 premium and 4 free plugins for bbPress).

But, there are already some early plans for bbPress 2.7 that will include bbPress for comments. I don’t see a big appeal for such a feature, but a lot of users are asking for it as a way for bbPress to replace comments with forum discussion. Hopefully, bbPress 2.7 will be released as planned, in spring of 2020.

Let me know in the comments what you think about the new bbPress version if you had any issues after the update, what you like about it, and what is bbPress still missing. 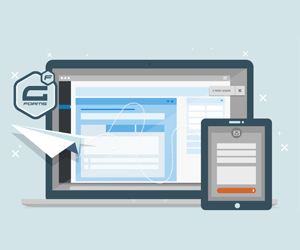