On August 11, 2020, a brand new WordPress 5.5, code name Eckstine was released. WordPress 5.5 is one of the biggest WordPress releases in recent years, with a massive number of new features and improvements.

I will not list what is new in WordPress 5.5, I want to try and review the new WordPress from the user and developer standpoint, and point to the real highlights of this release, and again talk about some things that are problematic (to say the least).

To get a detailed overview of all the WordPress 5.5 changes, I recommended checking out the official WordPress 5.5 page and blog post over at WordPress.org.

I want to talk about the great new features and updates to WordPress first, and leave all the bad stuff for the end (and that is mostly Block Editor). This new WordPress is an excellent release, and I understand why many users on social networks are calling WordPress 5.5: the best update in years. But, when you take good with the bad, that is far from the truth. All the mess block editor brought in WordPress 5.5 is just too much.

Still, it is a good trend for the future, where WordPress release would be more focused fixing core issues, modernizing the code base, bringing changes that linger in TRAC for years.

WordPress 5.5 now has easy to use option to enable auto updates for plugins and themes. I am not a big fan of this, but I see how it may be very useful. But, the real highlight here is the ability to install plugin updates via the install plugin dialog and uploading ZIP file. If the plugin in ZIP is already installed, you will see a dialog allowing you to replace it!

PHPMailer class has been replaced (finally), and this requires a lot of plugins using it to be updated. I have already done that to Dev4Press GD Mail Queue Free/Pro plugin. Many other third-party libraries are also updated. And jQuery is on the road to be replaced with the latest version in WordPress 5.6.

Developers can use the new method to define production/live or staging/development environment and implement things based on that in plugins or themes. From experience, this can be a big help when testing new plugins or developing features that can cause issues on live websites.

Images lazy loading is now a thing in the WordPress core, and with wide support from most of the modern browsers, it is easy to implement and very useful to handle in the browser without the inclusion of additional JavaScript for that purpose only.

All templates loading functions now can pass settings from place of call into the loaded templates.

The block editor has seen a lot of changes, and while there are some nice additions, there are some very bad issues related to usability and intuitiveness of the everyday use of editor. And, I really wanted to like the changes in the editor. Based on previews posted in the last few months, block editor looked better, but that all falls down when you start using it, overall, it is worse then it was before, much worse.

Let’s start with the block editor’s most important addition since the block editor was added to WordPress 5.0: block patterns. This should have been part of the editor since the very beginning, and it takes a lot of heavy work when making the most out of the equation because you can easily create and (re)use complex layouts.

But, no matter how good patterns are, the changes in the block editor have almost undone the good with a lot of bad usabilities it brings. And the list of bad usability is long.

I can go on and on, but you get the picture. Editor block was getting along nicely from WordPress 5.0 to WordPress 5.4, and now, we are back where we started – the list of issues is getting longer and bad things outweigh the good.

For me, all the great things in WordPress 5.5 have been diminished by the editor changes.

This was requested a lot over the years, and finally, sitemaps are part of the WordPress core. But, they are very basic, and just about any plugin out there adding sitemaps is better than the core solution. If you already use a plugin for sitemaps, my advice is to continue using it and disable core sitemaps.

Many other developers and I have said this before, and I will repeat it now, knowing that it will make no difference: stop adding things to the block editor – and fix it first. Make the editor stable, don’t remove things that work and replace them with nothing, make the editor work as it is, and only then it will be able to rise to the full site editing. Right now, casual users coming from previous versions of WP are perplexed with the editor in WP 5.5. Changes in the editor should be smaller; we don’t need editor interface remade every year.

And, even with all the issues with the block editor, I recommend the new version, because it brings a lot of useful features. If you don’t like the block editor, you can still use the classic editor to replace it. On my websites, I use both. On this website, blog posts are written in the block editor; everything else is not.

Well, I hope next WordPress will be again focused on things that are not the editor, and that we will get many more great features. Check out the WordPress 5.6 planning post here.

Let me know what you think about new WordPress and especially changes in the block editor. 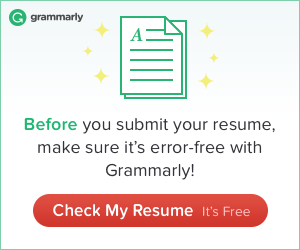